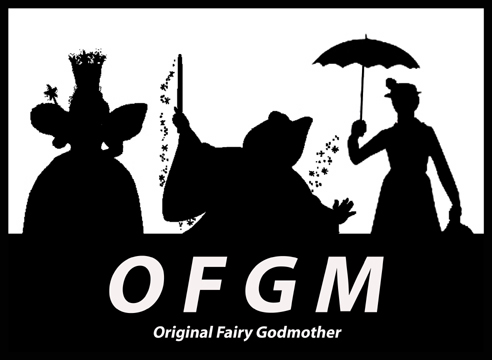 Once upon a time I was in a grocery store check-out line and struck up a conversation with the woman in front of me.  We were talking about good deeds and she mentioned how her friend liked to put quarters in parking meters for total strangers.  She called her friend the ‘Parking Meter Fairy’.

While we often associate the Fairy Godmother (FGM) archetype with children’s stories and  fairy tales, they do walk among us.  They might not have a talking umbrella or a magic wand, but people with the FGM archetype are real.

What makes a Fairy Godmother in terms of an archetype?
The Fairy Godmother and Fairy Godfather archetypes are closely related to the Angel archetype in that they generally have loving, nurturing qualities and a tendency to help those in need, either anonymously or with no expectation of any return.  While their natures can be maternal, they don’t necessarily have children of their own but often serve as foster parents or guides to others.  Some other tell-tale characteristics are:

As with any archetype, the expression is up to the individual, so not all of these characteristics will be the same person to person.

“Live! Life’s a banquet and most poor suckers are starving to death!”
~Auntie Mame

Film: Mary Poppins,  Wizard of Oz, Sleeping Beauty, Princess and the Frog, Cinderella and Auntie Mame all feature a Fairy Godmother archetype in action. The title character in ‘Amelie’ is a Fairy Godmother/Angel as she anonymously does good deeds for people as well as some mischievous ones.   Dustin Hoffman’s role in ‘Mr. Magorium’s Wonder Emporium‘ is a prime example of a very endearing Fairy Godfather as is Robert DeNiro’s Captain Shakespeare in ‘Stardust’.

Literature: Dumbledore in the Harry Potter series, Aunt March in Little Women, Uncle Andrew in The Magician’s Nephew, Lady Lilith de Tempscire of the Discworld series, Leanansidhe from the Dresden Files series, Mrs. Madrigal in the Tales of the City series

Television: Oprah,  Stacy and Clinton from the make-over show ‘What Not To Wear’ (They might be catty, but you can also tell they really enjoy helping people feel better about themselves.), the animated series The Fairly Odd Parents, Stephen Root as Jimmy James in ‘News Radio’

The Shadow side of the FGM:
It would be nice to think that these generally lovely and helpful archetypes don’t have a shadow side, but alas they do and it can be a doozy!

Hepzibah, the angry Fairy Godmother in the Disney version of ‘Sleeping Beauty ‘curses the baby when she isn’t invited to the christening.  Fairy Godmother in ‘Shrek 2’ manipulates and plots against the heroes to get her way – in fact she shows only the shadow aspects of the FGM.

The shadow aspect of the FGM usually has to do with putting in effort and then being resentful when they don’t get thanks or attention.  The FGM gets the Princess ready for the ball but never gets to go herself.  The downside of being both aloof and giving can be spite and self-pity.  Not a lot of fun.

I’ll stick to the wisdom of Mr. Magorium:

“Your life is an occasion. Rise to it.”

Want to learn more about what your archetypal passions are? Contact me for a free session and sign up for my “Intrigued?” updates.