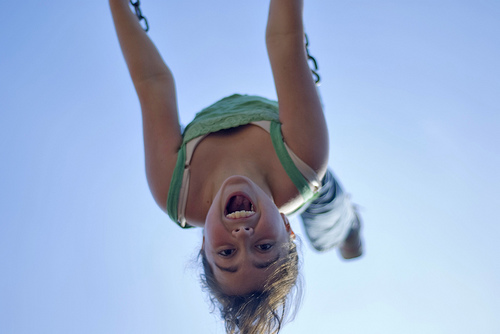 Summertime and the Child Archetype

It’s summertime here in the northern hemisphere and it seems our Child archetypes are clamoring to go out and play.  I remember as a child, summer was about being outside and hanging out doing whatever we fancied at the time.   For most of us, childhood was the only time we’ve felt totally free.  Once the archetype of the responsible Adult comes along, any frivolous playtime tends to get reserved for weekends and vacations.  We box up the fun and put it on the shelf until the appropriate time.

Summer can bring the Child out in all of us.  I’ve noticed it in my clients when assignments  are not getting done and lots of appointments are getting re-shuffled.   Something in our core nature says it’s time to play during the summer.  Most people take their vacations during the summer, the cycle of nature practically demands that we take some time to relax and play.

From personal experience, fighting off the Child archetype and the need to play can make me miserable.  It’s as if the Adult in me is punishing the Child by putting off something fun until I deem it totally necessary.  Frankly, that sucks and it continues to be so until I open up to an opportunity to play and then totally go for it.   Here’s an example of just such a situation.  I’ll place the archetypes in parenthesis to illustrate.

Recently, I was offered an opportunity (Adult) to go to Los Angeles and help test a new game (Child) about archetypes produced by a couple of my instructors from school.  I would also get the opportunity to check out a business that trains actors using archetypes, something that I am interested in (Adult).  I would need to re-arrange all of my appointments for a few days (Adult) but the opportunity sounded like a lot of fun (Child).  I also could catch up on some learning material in the car on the drive down (Adult) so I loaded up my iPod with lectures that I had been meaning to listen to.  What happened was my Adult was so busy planning and making things happen, that by the time I got in the car early Wednesday morning my Child archetype had had enough.  I happened upon a satellite radio station that plays 80’s new wave and the Child archetype took over.  I sang along and danced in my seat all the way to LA.  I was filled with child-like joy and didn’t once think about anything that I ‘had’ to do.  I got to LA refreshed and ready for anything.  My friends and colleagues even remarked about my infectiously happy mood.  I realized pretty quickly that I had really done myself a favor by just letting the Child archetype take over for a bit.  None of the so-called responsibilities of my trip were neglected and in fact I had a lot more fun doing everything I set out to do during my visit.  During the 6 hour drive back home I listened to some of the lectures and sang along to some more songs and caught up with some friends on the phone (yes I used my hands free headset).  All in all it was a great exercise in paying attention to what was needed in the moment – neither Child nor Adult archetype was neglected and provided something that I wanted to share with you here.

I invite you to be open to opportunities to let your Child archetype lead you to some fun.  Please share your stories, ideas and suggestions for listening to the call of the Child archetype in your life in the comment section bel0w.

Poke fun all you want, but I am totally cool with their being a new Karate Kid movie (coming in June).   I’ve no doubt that Jackie Chan can pull off the Mentor role first played by Pat Morita (Mr. Miyagi).  He’s made an entire career playing Fools and Warriors with a lesson to teach (Teacher) so this role should fit like a glove.   From the trailer it appears that Jaden Smith is going to do well playing the scrappy  young Warrior-in-training as Ralph Macchio did in 1984.

The Child/Victim taking down the Bully is one of our perennial archetypal stories.  It’s the David and Goliath story all over again but this time in a 21st century context.   I  enjoy being entertained and reminded that we all have a deep well of strength within us which can many times only be found through adversity.

The Child, in order to go up against the Bully needs to learn how to find the strength to do so.  The Mentor provides discipline and guidance to be come a true Warrior.

Contrary to much of our modern myths and movies, the core motivation of a Warrior  is to protect boundaries – not seek vengeance or violence.   The Warrior needs to be ready and have enough confidence to perform when he or she is called to duty.  He or she might have been called to become a Warrior because they were beaten down by a Bully (become a Victim) but the most inspiring part of the story is the journey of learning not only how to build their strength but to learn respect and flexibility.  Without respect and flexibility it’s far too easy to become a Bully and use strength for harm which continues the cycle of violence. The original Karate Kid did an excellent job of this and it looks like this new one will too.

The Warrior is about duty, protection, honor and respect but above all the wisdom to know when to fight and when to hold the line.  Summer is coming and I am looking forward to some entertaining, inspiring and yes even big Hollywood cheesy movies. 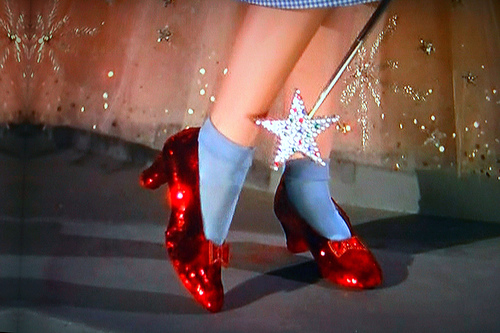