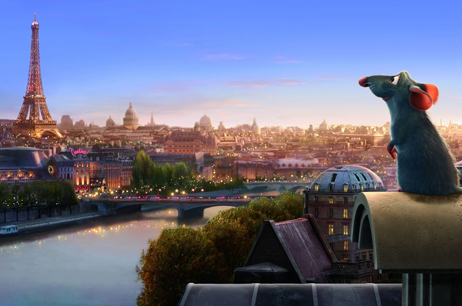 Archetypes and a Movie

Movies are one of the best ways to see how archetypes shape our motivations, drive us forward or pull us back.  We learn and experience so much when watching a film with the added bonus of being entertained.  I had the privilege to learn about archetypes through film from Master Archetypal Teacher Jim Curtan during my archetypal certification training at CMED in Chicago.  Each night Jim lead us on a guided tour of the archetypes and spiritual lessons in all sorts of films from Castaway & Erin Brockovich to The Wizard of Oz.

No other method has taught me more about the power of archetypes and the human spirit than watching a film with Jim.   This is why I am completely jazzed to share  Jim’s first self-guided audio workshop providing in-depth commentary on films so you can learn in the comfort of your own home.

The premiere workshop is an examination of the journey to becoming who we are destined to be through the 2007 animated feature film, Ratatouille.   Remy’s journey from a rat subsisting on scraps to a grand celebrated Parisian chef is a powerful metaphor for our own desires to leave the known world for one that lies beyond and is envisioned only by our dreams.

You will learn about the choices that transform a fated life into a destined one. You will see how all of us can get trapped by the beliefs, customs and values of society and how our perception of necessity often steers us away from our dreams and into a life marked by confusion, depression and a sense that there is no meaning to life beyond the mundane world.  Part of us knows we have a destiny, but to achieve it, we must learn to choose intuitive guidance over the ego’s fear of humiliation and failure.  In other words, where most of us get stuck – egoic fear.

You will find excellent depictions of the archetypes of the Artist, Hero, Invisible Child, Rebel, Liberator, Orphan, Companion, Warrior, Miser, Authoritarian, Judge, Priest and many more.

This course allows you to watch the film and listen to Jim’s commentary on your iPod or other digital player, taking your time to watch and learn.  You’ll also get a free companion workbook with all kinds of supplemental info on the archetypes in the film,  hero’s journey and exercises to apply to your own journey.
It’s a fun way to learn about archetypes and I helped produce it, so I am doubly proud.

Save $5.00 on the purchase by using the offer code:   podcast

The Way: A Journey of Healing & Self Acceptance

Julienne Givot is a certified archetypal consultant, writer and pursuer of truth and beauty. More

Simply said, we all have had a childhood and a part of us remains a child throughout our lives.  Eight or Eighty we are all still capable of playing wild and free, throwing tantrums, hiding from grown-ups (authority), believing that anything can happen or just being silly for the sake of doing so.

“We are every age that we have ever been.”
~Madeline L’Engle

There are many aspects of the Child archetype each with their own set of specific expressions. While we can carry expressions of all of these aspects, one will usually be dominant in our childhood as well as our later life.  Which aspect best describes your experience of the Child archetype? Review the list below along with descriptions on the following pages.

Related Articles:
Summertime and the Child Archetype
The Sun – At Play With The Child
Three Archetypes of Awesome
DMC and the Angel (orphan child)

Orphan Child (Abandoned Child)
The Orphan Child is the major character in most well known children’s stories, including Little Orphan Annie, the Matchstick Girl, Bambi, the Little Mermaid, Hansel and Gretel, Snow White, Cinderella, Harry Potter and many more. The pattern in these stories is reflected in the lives of people who feel from birth as if they are not a part of their family, including the family psyche or tribal spirit. Yet precisely because orphans are not allowed into the family circle, they have to develop independence early in life. The absence of family influences, attitudes, and traditions inspires or compels the Orphan Child to construct an inner reality based on personal judgment and experience. Orphans who succeed at finding a path of survival on their own are celebrated in fairy tales and folk stories as having won a battle with a dark force, which symbolically represents the fear of surviving alone in this world.

The shadow aspect manifests when orphans never recover from growing up outside the family circle. Feelings of abandonment and the scar tissue from family rejection stifle their maturation, often causing them to seek surrogate family structures in order to experience tribal union. Therapeutic support groups become shadow tribes or families for an Orphan Child who knows deep down that healing these wounds requires moving on to adulthood. Identifying with the Orphan begins by evaluating your childhood memories, paying particular attention to whether your painful history arises from the feeling that you were never accepted as a family member.

Magical / Innocent Child
Magical Child represents the part of us that is both enchanted and enchanting to others. It sees the potential for sacred beauty in all things, exemplified by Tiny Tim in Dickens’s A Christmas Carol, and by Anne Frank, who wrote in her diary that in spite of all the horror surrounding her family while hiding from Nazis in an attic in Amsterdam, she still believed that humanity was basically good. Her insights offered at a time when most people were collapsing under the weight of war and persecution continue to inspire people to seek out the wondrous side of life, even in a crisis.

One might assume from the name that this archetype refers to only the delightful qualities of children, but as demonstrated by Anne Frank and Tiny Tim, it also embodies qualities of wisdom and courage in the face of difficult circumstances.

Baudelaire wrote that “genius is childhood recaptured,” and in that sense the Magical Child is something of a genius too. The Magical Child is gifted with the power of imagination and the belief that everything is possible. The shadow energy of the Magical Child manifests as the absence of the possibility of miracles and of the transformation of evil to good. Attitudes of pessimism and depression, particularly when exploring dreams, often emerge from an injured Magical Child whose dreams were “once upon a time” thought foolish by cynical adults. The shadow may also manifest as a belief that energy and action are not required, allowing one to retreat into fantasy.