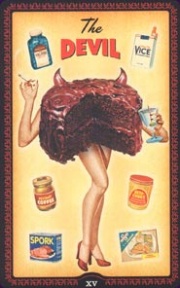 Dancing with the Devil and the Addict

The Devil card of the Marseilles

As we enter the last row of our Tarot Journey (and a new year for the Archetypal Tarot Podcast), we are met with the formidable character of The Devil, the fifteenth card of the Major Arcana. Our hero, well on the path to rebirth, must first meet his own shadow and face addictions and attachments.

Julienne Givot and Cyndera Quackenbush also discuss the Pan-like characteristics of the Devil, who invites human beings to recognize their animal natures that  rebel when they are suppressed. As always, this podcast adds to your growing movie list with some subtle and interesting studies of the Devil archetype in film.

Film References for The Devil Card:

Charlie And The Chocolate Factory (2005) and Willy Wonka and The Chocolate Factory (1971)  There are many references to the archetype of the Devil, Provocateur and Addict in these films.  Each member of the group (both children and adults) is obsessed with getting something, food (Augustus Gloop), attention (Veruca Salt), being right (Mike Teevee) or even something as innocent as wanting a better life for their family (Charlie).   Everyone is tempted and everyone gives in to the temptation, Charlie though is true to the angel of his better nature at the end of the film.

The Addict archetype:
Every one of us is touched by the Addict archetype. Besides the usual suspects–drugs, alcohol, food, and sex–one can be addicted to work, sports, television, exercise, computer games, spiritual practice, negative attitudes, and the kinds of thrills that bring on adrenaline rushes.

In its positive aspect, this archetype helps you recognize when an outside substance or influence has more authority over your will power than does your inner spirit.

Confronting addiction and breaking the hold that a pattern or substance has on you can impart great strength to your psyche. Discovering the empowerment that comes with perseverance has a life-long impact,  “I know now that if I can quit _______, I can do anything.”

From a symbolic perspective, the shadow aspect of the Addict represents a struggle with will power and the absence of self-control. The shadow Addict compromises your integrity and honesty. The shame associated with addiction.

Film References for the Addict archetype:

Anne Hathaway in Rachel Getting Married (2008)

Religion/Myth: Tantalus he was invited to share the food of the gods but abused the honor and was punished by being “tantalized” for all eternity by food and drink he could not reach). 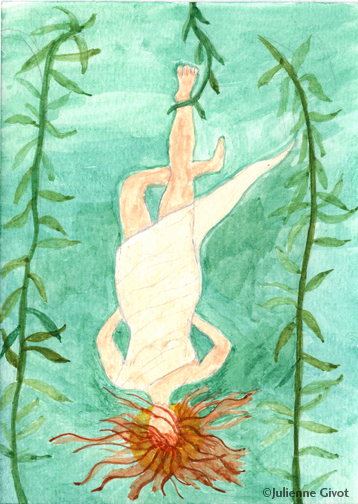