Mothers and Bears Oh my! 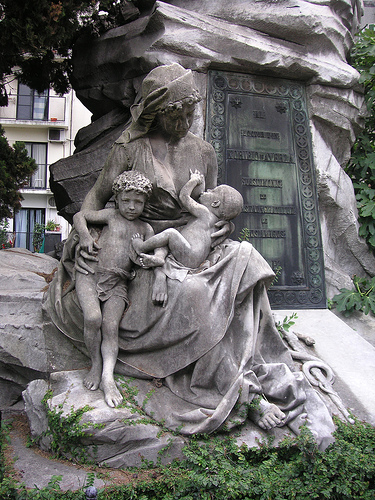 I recently came upon a blog post by Arianna Huffingtoncalled  Sarah Palin, “Mama Grizzlies,” Carl Jung, and the Power of Archetypes . Huffington points out the use of the shadow aspects of the Mother and Bear archetypal symbols being used by Palin and her cadre, the self-proclaimed “Mama Grizzlies” as having a powerful and popular appeal among women.

The “Mama Grizzlies” are  not the only movement of these two archetypes at large today however. The International Council of 13 Indigenous Grandmothers represent a global alliance of prayer, education and healing for our Mother Earth, all Her inhabitants, all the children, and for the next seven generations to come.  There is also a non-profit called The Mother Bear Project which is dedicated to providing comfort and hope to children affected by HIV/AIDS.

Archetypes are thought to emerge from the collective unconscious, which in it’s simplest definition, is our communal hopes and fears.   There is a great deal of change and chaos afoot so it’s not surprising that these archetypes are coming to the fore.  I’d like to expand more on these two powerful archetypes in order to foster a better understanding of them and what might underlie some these movements in our world today.

The Mother archetype in it’s empowered (light) aspect, is one of nurturance and new life, symbolic of a life-giver, a source of nurturing and nourishment, an unconditional fountain of love, patience, devotion, caring, and unselfish acts.

The disempowered (shadow) aspects of the Mother are the same as the empowered but in reverse.   If the Mother archetype in its light aspect is about bringing together people as a family, then the shadow is about abusing that relationship to manipulate and meet ends that are not about togetherness but of disharmony, selfishness, power and abuse.

The archetype of Mother will tend to bring with it our own experience of it on a personal level – whatever those personal myths may be.   This is where things get tricky – the literal interpretation can cause a strong reaction that can prevent us from seeing anything else.  Something along the lines of “this is my experience of Mother and therefore it must be the only truth”.

To view the archetype symbolically, we have to pull away from our personal myths and see what the archetype represents universally.   The photo of the statue to the left might be a better way to interpret the archetype of the Mother.   Everything about the statue is the essence of the empowered Mother archetype, even the older child’s posture leaning against the Mother represents how we naturally  lean into that which takes care of us.

The Bear in Native American, Pagan, Celtic and most other mythologies represents strength, introspection and the death/re-birth cycle.  From a book on Native American animal symbols by Jamie Sams and David Carson: the light aspect of Bear represents a seeking of inner knowing.  The Bear seeks honey, or the sweetness of truth, that which is found by looking inward versus to the outer world’s influence.  Hibernation represents the going inward, away from the distractions of the outer world before taking action.

The shadow aspect of Bear represents confused perceptions, reactionary behavior and where one may have forgotten their own wisdom because they are seeking it from others.   There are many different interpretations of Bear as a symbol although all mention introspection, strength, wisdom, discernment or reactionary lashing out and intimidation in the shadow.

Combine the archetype of the Mother with that of the Bear and you have a very powerful and evocative symbol – for better or worse depending on the aspects that arise and what people choose to align with in the coming days.