The Networker Archetype and the Tipping Point 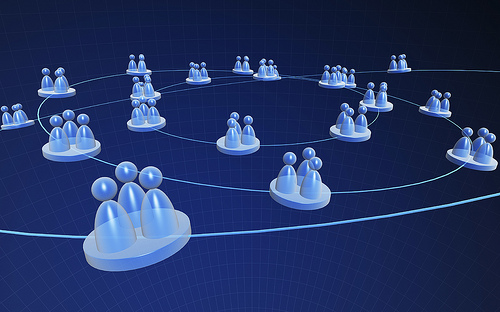 Are you the hub that connects a diverse group of people?  If someone mentions they are looking for a new job or a place to have great Korean Barbecue do you have a list of suggestions for them? Do you make it a habit of never throwing out business cards or deleting numbers out of your phone, just in case you want to contact them or share their info with someone else (not counting ex-boyfriends/girlfriends).  These are all traits of the Networker archetype.

We are in an age of connectivity and it doesn’t appear that we can ever really go back to a time of slow paced communications.  It’s as if technology is making Networkers of all of us to one degree or another.

I had a chance to observe how people socialize in a Networker environment during last week’s Small Business Week in San Francisco.  I could see people with a natural penchant for the Networker chatting up one person after another, exchanging business cards and moving on to the next.  Others seemed a bit more reticent to walk up to a stranger and introduce themselves.  If you fall into the latter category, here’s good news – you needn’t have the Networker archetype to make new connections, you just need to pay attention and find someone who is.  The next step might be the most difficult for the shy, but will pay off with a deep breath and a “Hello, my name is. . .” to a Networker.  If they are worth their salt in networking they will be glad to meet you and introduce you to more people with little prompting.  Often times it’s as simple as staying in their orbit and letting them do what they do best.  These are the social butterflies with the smart phone filled with contacts and are often the key to finding the people, resources and excellent gelato that you have been looking for.

Malcolm Gladwell’s book The Tipping Point: How Little Things Can Make a Big Difference is an ode to the power of this particular archetype.  Imagine how many times in your life you have met just the right person or found just the right thing because you made one little contact. Gladwell goes even further to show us just how incredibly powerful the archetype of the Networker is to spread ideas and bring about change.  He breaks the process down and provides real life case studies that apply to everything from political, ideological to fashion trends.  He describes what I would call flavors of the Networker archetype, the Connector, The Maven and the Salesperson each with their own behaviors and motivations.

Little things can indeed make a big difference.  Social Media websites like Facebook, Twitter and Yelp were created to facilitate just such things and have been known to make or break ideas, careers and products with their speed of communication and sheer reach into our collective consciousness.

There is of course an empowered side and a dis-empowered side to each archetype.  The Networker can use it’s power for good or for selfish.  Like many other archetypes, it’s shadow side is the reverse of it’s empowered behavior.  The Networker can use it’s skills and connections for purely self-serving or manipulative purposes,  pitting one connection against another, withholding information or delving into another related archetype with a pernicious bent, the Gossip.

So if you are a Networker, Connector, Maven or Salesperson you have what it takes to facilitate all sorts of connections, hopefully using your powers for good.

Archetype Crib Sheet:
Networker (Messenger, Herald, Courier, Journalist, Communicator)
Although networking seems like a very modern skill tied to career advancement in the media age, it is actually quite ancient. Networkers expand their sphere of influence by forging alliances and making connections among vastly different groups of people, and can be traced back to the intrigues of the Middle Ages, Greece, Rome, and ancient China. Networking would also have been an integral part of any military alliance as well as all social and clan confederations in prehistory. In its positive aspect, this archetype has a it helps us develop social flexibility and empathy that enables it to find commonality with others who might not at first seem to be potential friends, allies, or confederates. Like the related archetypes of Messenger and Communicator, the Networker has the skills to bring information–or power– and inspiration to disparate groups of people. The shadow Networker merely uses others for personal gain.