by Julienne Givot | Aug 16, 2012 | All Articles, Archetypes and Dating, The Core Archetypes | 3 comments 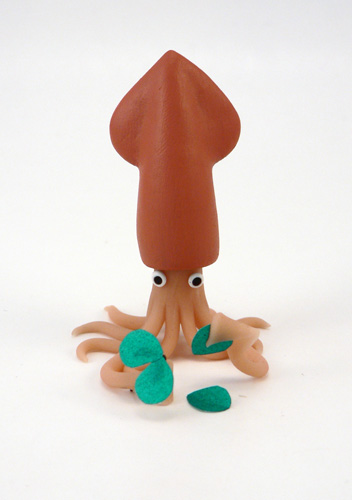 They say to always lead with your strength. I’m going to lead with one of my weaknesses – sometimes I feel like I’m not enough. Not smart enough, pretty enough, rich enough, thin enough etc. Basically, take any positive quality and put ‘not’ in front and ‘enough’ behind it and I can, at some point, feel that this is so. It’s a type of nefarious self-judgement that most people can identify with and it can make dating un-fun and stressful. These self-judgements can take over and have us thinking that inadequacy is the only possible reason why we aren’t meeting that great guy or gal. And here’s the thing – a habit of believing ‘I am not enough’ does influence our dating experience and who we meet. Let me explain by wrapping it in the context of the archetype at play here.

Not-enoughness is the purview of the Prostitute archetype, which also goes by the name of the People Pleaser, among others. The Prostitute is symbolic of how we negotiate our integrity and self worth. The moment we begin to doubt our worth is a sign that the unempowered Prostitute is hanging out on our psyche’s street corner. It also encourages us to pretend we are something we aren’t because lack is crowding everything else out. It also means that everyone else is more important than we are. This only leads to more heartache.

There is a way to enable this archetype to work FOR us instead of selling our happiness out. Begin by noticing when you engage with the pattern of the Prostitute. Any thought that says ‘you are not enough’ is the archetypal voice of the unempowered Prostitute giving out bad information. Period. You ARE enough. The voice of the empowered Prostitute reminds you that you are enough as you are right now – an imperfect and amazing person, both. This doesn’t mean that there aren’t things you might want to work on, it means that you aren’t starting with a deficit.

Let me illustrate with some common dating scenarios and how the Prostitute archetype can show up in both unempowered and empowered ways:

Dating someone who isn't good for you.

*Not good for you* generally means they don’t treat you well, take you for granted, put you down or in other ways are not positive for your well being.

Dating someone you aren't into.

Did you notice that the empowered sides of these scenarios were more loving, respectful, honest and authentic? That’s exactly who we are without the low worth rhetoric and those qualities are SO very attractive! The habit of thinking ‘not enough’ leads to more of the same; it’s focused on settling for whatever we can get which moves us farther and father away from what we actually want.  Understanding that you are enough makes space to focus on what you really want in a relationship and changes the dynamic of choices in who you attract and engage with.

There are many books that have principles and stories that can help re-orient the Prostitute archetype from it’s low energy state to one where you hold your head high and stop trading away your innate fabulousness for anxious worries and low self worth. The wildly popular book from a few years ago, He’s Just Not That Into You highlights this perfectly and delivers it with a with a sizable dose of sharp candor. It applies to anyone working with the Prostitute archetype, which is pretty much everyone except for maybe the Dalai Lama.

“Being lonely … being alone … for many people … sucks. I get it, I get it, I get it. But still I have to say that yes, my belief is that being with somebody who makes you feel crappy or doesn’t honor the person you are is worse.” From He’s Just Not That Into You by Greg Behrendt and Liz Tucillo

The empowered Prostitute holds him or herself with compassion and value, not higher or lower than anyone else but on the firm

ground where we can meet others in the same way. It’s the same fertile ground where great relationships can grow. Learning how these internal archetypal patterns play out, can bring us back to center with compassion that begins with ourselves and inevitably out to those around us. And really what could be more attractive than that?

Part 1 of Dating Survival Guides sets up the process of engaging with these patterns with mindfulness and self-compassion. This recent article is a brilliant essay on the power of this archetype and how we compromise for love.