Justice, The Judge and Mediator 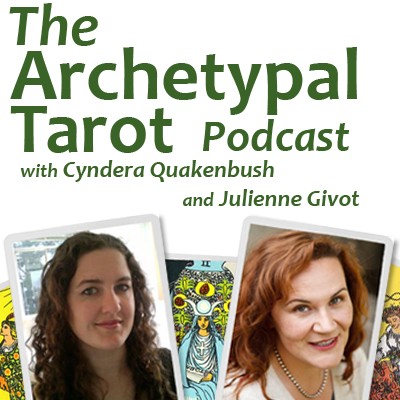 The Ninth edition of the Archetypal Tarot Podcast attempts to do justice to the Justice card, which

is number 8 of the Major Arcana.
After setting out on a newly realized journey on the Chariot, our hero quickly faces some form of judgement. Justice, pictured as a stern-looking woman is reminiscent of the Goddess of Wisdom, Athena, who assists our hero to view his challenges with a rational, dispassionate perspective. Holding both sword and scales, Justice cuts through to truth and weighs the balance of our ways. Listen in as Julienne recounts the myth of Solomon and also explores the shadow side of Justice. The archetype of the Avenger is briefly explored as Cyndera poses a question to our podcast audience: Do the ends justify the means if the oppressed triumph over their oppressors by using methods that mirror their oppressors’ ways?

Listen in on a conversation with Tarot consultant Cyndera Quakenbush and Archetypal Consultant, Julienne Givot, as they discuss the symbolic and real world qualities of these archetypal characters.

Jung and Tarot: And Archetypal Journey by Sallie Nichols

Examples of the Judge in Film/TV/Drama: