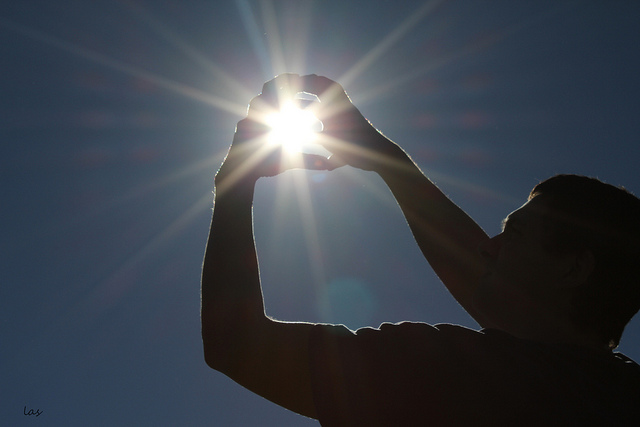 Little things can mean a lot. Let’s say you’re having a crappy day and you’re at the store when the cashier pulls out a coupon that saves you a dollar. This gives you a boost and you walk out the door in a better mood.  Maybe you don’t honk at the numbskull ahead of you for doing whatever it is that annoys you.  That person doesn’t get irked with you for being a numbskull honking at them and who knows what other little improvements occur because someone did you a solid just for the heck of it.  Little bits of beauty & generosity have a tendency to carry on long after their tipping point.    Like watching a TED talk and getting inspired to write an article about something both simple and radically important about the patterns at work in our lives.

Neil Pasricha decided to do something seemingly small when he was going through a very rough patch in his life. His

marriage was falling apart, his best friend took his own life and he naturally was finding it really hard to think of anything good.  He started a blog in order to record and share what he called 1000 Awesome Things, figuring that it might help him focus on the positive again.   Little did he know that this one effort would have him publishing books, calendars, TED talks and receiving a Webby Award for his blog in 2010.  All of this AND bringing a grin or a LOL to millions of readers.  Neil’s 17 minute talk about how all of this came about is totally worth watching so, go ahead, it’s right down there,  I’ll wait.  Then you can read about how this talk is an invocation of three of your core archetypes.  (Or you can just skip to the next bit.)

Neil calls the major lessons of his experience the three A’s of Awesome:  Attitude, Awareness and Authenticity.   Each of these invokes one of your core archetypal patterns, the Victim (Attitude),  the Child (Awareness) and the Prostitute (Authenticity). These are 3 of the 4 core universal archetypes common to everyone also known as the Survival Archetypes.

Neil’s own story has a lot to do with the Victim archetype. He could have simply wallowed in his circumstances, let them take over and obscure the beauty in his life.  The unempowered side of the Victim is the part of us that can get wrapped up in anger, sadness, and blame.  We all have a Victim pattern in our lives – we have setbacks, get hurt, make mistakes, have crappy days when we feel like we’ve gotten the fuzzy side of the lollipop.    We also have the empowered side of  the Victim that makes choices to get out of the mire of blame and move on.  Neil calls this ‘Attitude’ and I see it as using the pattern of the Victim to make a gigantic difference in a few small choices.

The second ‘A’ of Awesome is Awareness and this invokes the Child archetype in us.  The Child or as Neil says, our inner three year old, can be amazed at the simplest things, see beauty where most adults just see a knot in a piece of wood.  Invoking the awareness of the Child archetype can help us enjoy something simple, open our eyes to opportunity or just appreciate something we would ordinarily pass by.  This isn’t just a mood lifter, but a way to be in the world with a deeper sense of presence. The Child can be the antidote to a fast paced world where it’s difficult not to become jaded to little pleasures like putting on socks still warm from the dryer.

The third ‘A’ is for Authenticity which believe it or not, invokes Prostitute archetype.  The unempowered Prostitute is that part of us that will negotiate our self worth away because of someone elses opinion or keep us doing something we dislike because we feel we can’t do anything else.  The empowered Prostitute reminds us that we can be authentic and make choices not based on fear but out of an authentic belief in ourselves.  Neil uses the example of pro football player Rosie Grier and his penchant for needlepoint as an example of authenticity.  Rosie could have easily kept his passion for something unmanly under wraps and let what other people might think of him control who he was (keep in mind this was the early 1970’s) but he didn’t.  In fact he published several books on his interests.  It doesn’t get much more authentic than that.

While this archetype has a  shocking name, it can be a guide for us to live authentically.  Are you not doing something because you are afraid of what people might think of you?  Are you putting the opinions of others over your authentic dreams and desires?