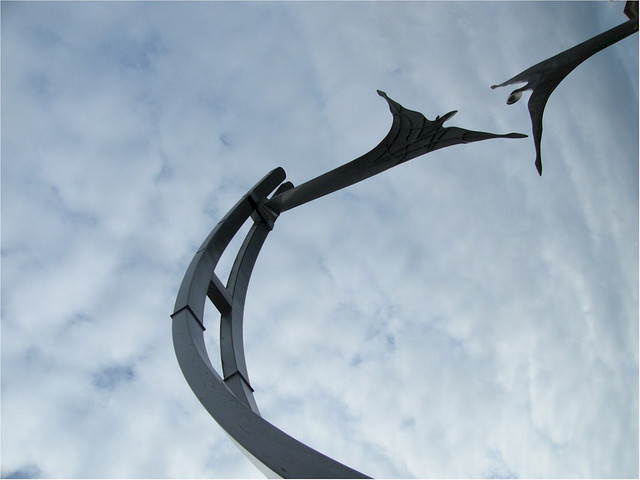 I try to make a point to write about what could be called the ‘unsung’ archetypes.  One’s that don’t seem to have a popular or even a very present place in our culture.   Last month I wrote about the archetype of the Scribe to illuminate it’s presence and potential for positive change.

I’ve recently come across some wonderful pieces of poetry and it brought to mind the power of the Poet archetype.   For many people poetry can seem lofty , arcane or just downright fluffy in terms of day to day life and yet a good piece of poetry can stop us in our tracks with it’s ability to communicate a deep truth.   T.S. Eliot I think puts it best.

“Genuine poetry can communicate before it is understood.” ~T.S. Eliot

When I come upon genuine poetry as Eliot describes, I am taken aback by its ability to circumvent the mind and drop away all it’s judgment so I can just be with something true.

My recent discovery is that of the contemporary Poet, David Whyte.  He embodies the Poet archetype as well as the Teacher, the Philosopher and the Guide.  He is not only a respected Poet but also teaches corporate executives and businesses using poetry as well as being the author of several non-fiction books.  In reading his work I felt first-hand, the power of the Poet – the transmission of a truth with a capital ‘T’.

Start close in,
don’t take the second step
or the third,
start with the first
thing
close in,
the step you don’t want to take.

(Excerpted from “Start Close In”  – the full poem can be found here.)

In trying to sum up the deepest power of the Poet archetype,  I found exactly what I was looking for in the description of one of Whyte’s workshops:

Poetry as Robust Vulnerability: Language Against Which We Have No Defenses:  Poetry is a break for freedom. The discipline of poetry is in overhearing yourself say difficult truths from which it is impossible to retreat. In a sense, all poems are good; all poems are an emblem of courage and the attempt to say the unsayable. Yet only a few are able to speak to something universal yet personal and distinct at the same time; to create a door through which others can walk, into territory that previously seemed unobtainable, in the passage of a few short lines.

Now that is a power worth treasuring!  I’ll agree with Shelley when he said that Poets are the unacknowledged legislators of the world.